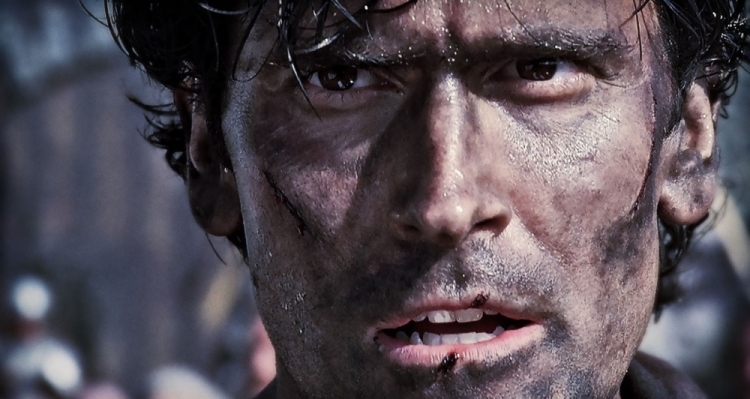 For a while there we could barely make it through a week without hearing some sort of news regarding Fede Alvarez’s Evil Dead 2. Since then, however, Alvarez has attached himself to a couple of new projects—one of them being Dante’s Inferno for Universal—and has kept pretty quiet about any movement on the sequel. So what’s […]

Here’s something you just don’t see everyday. A Japanese movie poster for Sam Raimi’s Army of Darkness depicts the film’s hero inside a supermarket of sorts? Honestly, I’m still trying to wrap my head around the marketing strategy of this poster because there’s all sorts of insane shit going on here. If the paper bag filled […]

Horror fans everywhere got excited once Sam Raimi dropped the news that he and his brother were finally going to write Evil Dead 4 this summer. We know how Raimi feels about it but what does Bruce Campbell think? Empire caught up with the actor and it sounds like the film is very much on his […]