A virus that spreads like a wild fire, turning its victims into feral flesh eaters isn’t exactly new territory for the genre, but when those infected can only be little kids, it makes you wonder how we haven’t seen it sooner. If there’s anything good coming out of the fact that there’s dozens of zombie movies a year, it’s […] 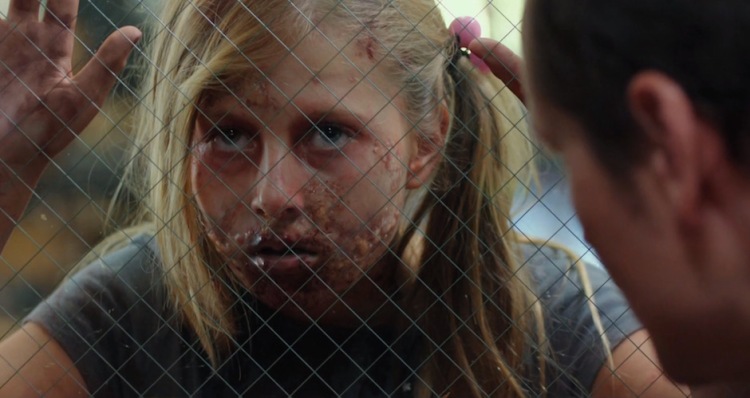 After some reshoots, a new ending, and a successful festival run, Cooties has finally revealed its first official trailer. And what do you know? It’s two minutes of pure and glorious undead, child-fueled rage. In it, Elijah Wood and a gang of elementary school teachers take on a swarm of children hungry for man flesh, so naturally, […]

Jay Shaw, you brilliant bastard. The talented mind behind the festival one-sheet for the Elijah Wood-starring horror comedy, Cooties, is none other than Mr. Jay Shaw who has been laying his unmatched artistic vision down on canvas for quite some time now. I talked a little bit about Cooties back at the beginning of December […]

Everyone knows that little kids can be a real pain in the ass sometimes, but what are they like when infected with a virus that turns them into brain-dead murderers? Well, that’s something we’re all about to find out as Elijah Wood and a gang of elementary school teachers take on a swarm of children hungry […]