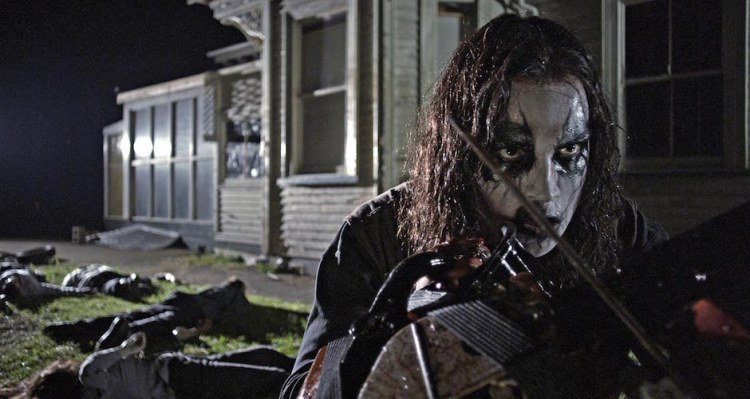 Jason Lei Howden’s Deathgasm, a head-banging brand of kick ass horror, is being let out of its cage in just a few days to tear us all a collective new asshole, which means you have until October 2nd to prepare your brains for its heavy metal infused madness when it arrives in theaters and on VOD. […]

Directing tandem Justin Benson and Aaron Moorhead first hit the indie movie scene when their feature film debut Resolution took the genre by storm, delivering a skin-crawling psychological haunter that still has people talking. It was simple storytelling with masterful direction, using tension and slow-burn tactics to create a creeping atmosphere. With a debut as good as Resolution, it […]

There is a fantastic interview of Rob Zombie done by Artisan News in which they talk about his upcoming horror film The Lords of Salem. In the interview he says this is his biggest film and how he focused on making the film visually different from all of his others. On Zombies website he recently […]

Other than having a completely awesome name, director Panos Cosmatos really has an eye for the sci-fi genre. Some of you may remember the fantastic psychedelic trailer for his upcoming film, Beyond the Black Rainbow which looks to be a blend of the great genre movies of the 80’s with a trippy twist. Cosmatos brings an […]

If you read the blog regularly then there is a good chance you have heard the name Ti West quite a bit. The writer/director’s name gained notoriety  in 2009 with his genre throwback to the 1980’s with The House of the Devil and has since then earned high marks for his latest film, the old-school ghost […]