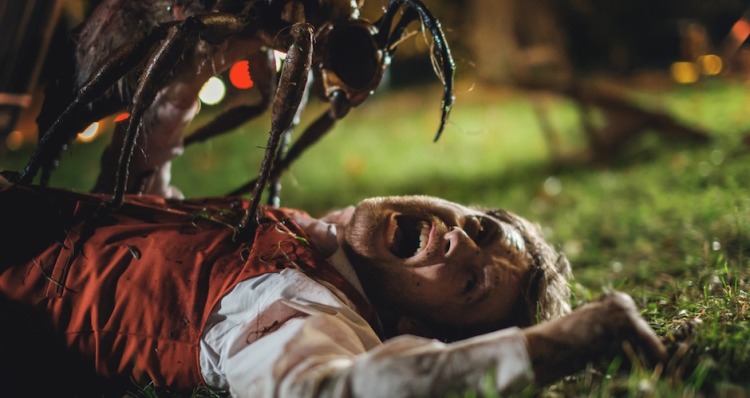 Director Benni Diez makes his feature film debut with the practical effects-driven creature feature Stung, a gooey thriller packed with laughs and mayhem. In it, a fancy garden party turns into upper class prey when a colony of killer wasps mutates into seven foot tall predators. It’s a modern day take on the nature-run-amok films, only this […]

Benni Diez’s creature feature Stung first left an impression on the genre when he released a concept reel of his killer wasp idea, offering a couple of minutes of a man being chased down by a giant, flying insect. The result was an awesome wink at the creature features of old, officially putting Stung up there […]