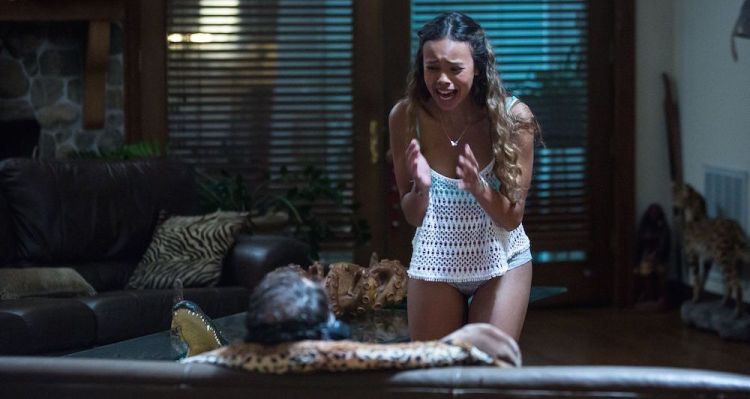 Put Matthew Gray Gubler and AnnaLynne McCord in a movie and you’re likely going to get something pretty awesome—insert Troma alum Trent Haaga and you have the assured madness of 68 Kill, a film that left quite the impression out of its SXSW premiere. How could you possibly ignore a blood-soaked heist movie led by a loony AnnaLynne […]

Richard Bates Jr. first hit the horror scene with his wicked debut Excision, a film that injected pitch black humor into a twisted plot. While his sophomore effort, Suburban Gothic, may lack the same punch to the gut that Excision delivered, it makes up for it in its absurdity and quick-witted dialog. After Raymond is forced into moving back in with […]

Richard Bates, Jr. hit the indie horror scene with his excellently twisted debut Excision, which was a finely crafted slice of horror that was just as nasty as it was funny. Now, in his sophomore effort with Suburban Gothic, Richard Bates, Jr. will explore the lighter side of the supernatural with Matthew Gray Gubler and Kat Dennings […]

Excision director, Richard Bates Jr., returns with his sophomore effort in the horror-comedy Suburban Gothic, starring Matthew Gray Gubler and Kat Dennings. After his horror debut in Excision, you just knew that Richard Bates Jr. was going to leave quite the fingerprint in the world of horror. And while it’s still too early to tell how much of […]