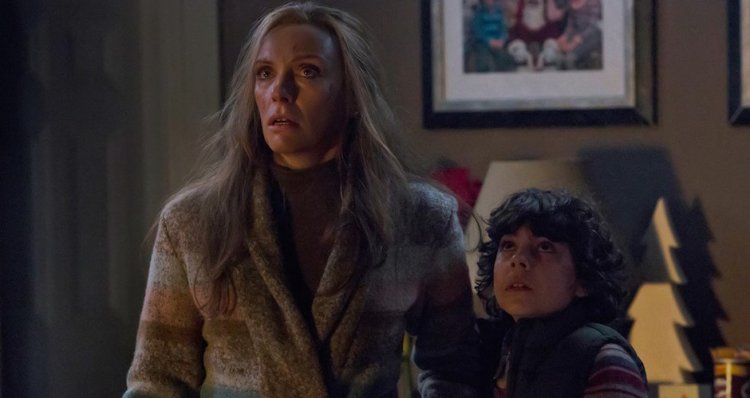 It’s hard to believe that we’ve had to wait this long for a new Michael Dougherty-directed feature film, marking Krampus as his first movie since 2007’s Halloween classic Trick ‘R Treat. And just like Trick ‘R Treat, Krampus explores holiday horror in terrifying fashion, cementing his new film as an instant Christmas-horror classic. In it, after his dysfunctional […]

What a treat it is to not only see horror getting into the Christmas spirit this year, but we’re finally going to see how Michael Dougherty follows up his Halloween classic Trick ‘R Treat, which released way back in 2007. While this particular poster has been floating around for a while (hence the “soon” tag at […]

There’s one place that the genre doesn’t explore nearly enough and that is Christmas. Sure, there are plenty of classic holiday horror films—Black Christmas, Silent Night Deadly Night, and Gremlins come to mind—but it’s still a largely untapped area for the genre (at least as far as good horror goes). That’s why Michael Dougherty’s Krampus is such […]

Not only is Kevin Smith developing a horror anthology surrounding the Christmas season monster known as Krampus, but Trick ‘R Treat director Michael Dougherty is looking to get in on some holiday fun as well! It’s hard to believe that it has been seven long years since Dougherty has been at the helm of a […]

During a special Trick ‘r Treat screening in Hollywood, director Michael Dougherty and Legendary Pictures announced the long awaited sequel to his cult hit. With the director and most of the cast in attendance, you had to know that they were cooking up something big for the screening. Fans have been waiting for a sequel, […]