Robert Eggers’ brilliant, slow-burning debut The Witch thrived on atmospheric perfection—it’s one of the many elements of the film that truly stands out, allowing the narrative to crawl under the skin and stay there. With a disorienting score blaring in the background, the film finds unnerving horror through subtlety as a constant sense of evil looms in […]

Robert Eggers’ The Witch is some next level shit—it’s the kind of horror that sneaks up on you, stretching its long and decrepit fingers out of the shadows and right under your skin. It’s masterful in its tension building, crafting and molding its atmosphere into a wicked brand of horror that very few films achieve—simply put, The Witch is built […] 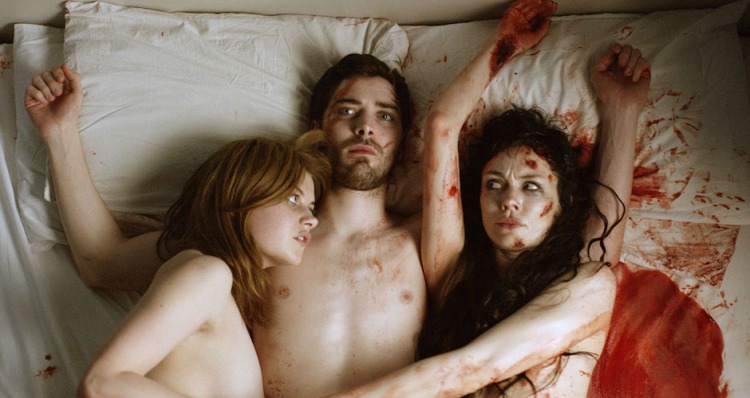 January didn’t exactly get off to a strong start; the genre just wasn’t making enough noise despite there being a handful of promising looking titles. February looks to fix that, which is officially the month of The Witch (!), no doubt 2016’s horror movie to beat. But not only is The Witch making its highly anticipated […]

Robert Eggers’ The Witch, one of this year’s most anticipated films, was recently pushed ahead of its original release date (yes!), now hitting theaters on February 19th. So to celebrate the occasion, A24 has unveiled an all-new trailer and it’s one haunting piece of work. Go ahead, see for yourselves! It may not even be […]

A24 has carved out one hell of a corner in the cinematic world, releasing some of the most unique and inventive genre films in recent years. Their latest, Robert Eggers 7th-century-set chiller The Witch, promises yet another unforgettable film that delves into witchcraft and terror. The film was recently showered in praise after debuting at this year’s Sundance Film […]