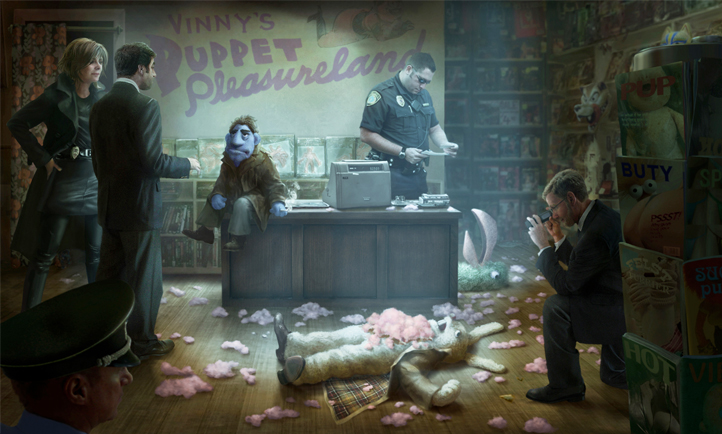 Take everything you ever knew about The Muppets and toss it out the window because this film aims to shine a new light on the muppet genre. Written by Todd Berger, The Happytime Murders is a refreshing concept that takes place in a world where puppets co-exist with humans as second rate citizens. Ex-cop and private […]

Stephen King’s Dark Tower series has been trying to make its way onto the silver screen for quite some time but unfortunately it keeps ending up in the trash. Part of the reason a film like this keeps getting dumped is because it is just too damn big. The series spans across many different worlds […]

I often wonder what in the hell I would do if a shark randomly decided to make me its next happy meal. How do you survive something like that? Its not like I could wait for someone to blow it up with compressed gas. Nope. Survivors fight their own battles, plus it’s highly unlikely that […]

When I was just 6 years old I created my first real memory, that memory came from watching George A. Romero’s Night of the Living Dead. Ever since then I’ve convinced myself that a Zombie outbreak is and will happen someday. All we need is a satellite to come crashing down to earth carrying space […]

If you have to ask yourself, “Who is Leslie Vernon?”. Then allow me to explain. In 2006 director Scott Glosserman gave us a fantastic horror gem called Behind the Mask: The Rise of Leslie Vernon.  Leslie Vernon could quite possibly be the next great psycho horror slasher of our generation. I cannot say enough good […]

If you are a fan of horror then you know his name. He is responsible for some of the most captivating films of the last 15 years and has just been attached to direct his next horror film Lesson of the Evil. That man is none other than Takashi Miike. The first film of Miike’s […]