Gerard Johnstone’s festival favorite Housebound is about to leave its mark at the 18th annual Fantasia International Film Festival in just a few days, so to celebrate the occasion XLrator Media has finally released a trailer for their indie horror-comedy gem and it looks fantastic. The haunted house sub genre is more popular than ever right now thanks to movies like Paranormal Activity and The Conjuring, and while Housebound is cut from the same cloth as those films, it takes a much lighter and fun approach the whole possessed house thing. If the trailer is any indicator, I’d say that Housebound is going to have laughs and scares in equal measure. Should be a lot of fun!

Look for Housebound on VOD this October 17th. Here’s what it’s about:

Kylie Bucknell is forced to return to the house she grew up in when the court places her on home detention. Her punishment is made all the more unbearable by the fact she has to live there with her mother Miriam – a well-intentioned blabbermouth who’s convinced that the house is haunted. Kylie dismisses Miriam’s superstitions as nothing more than a distraction from a life occupied by boiled vegetables & small town gossip. However, when she too becomes privy to unsettling whispers & strange bumps in the night, she begins to wonder whether she’s inherited her overactive imagination, or if the house is in fact possessed by a hostile spirit who’s not particularly thrilled about her return. 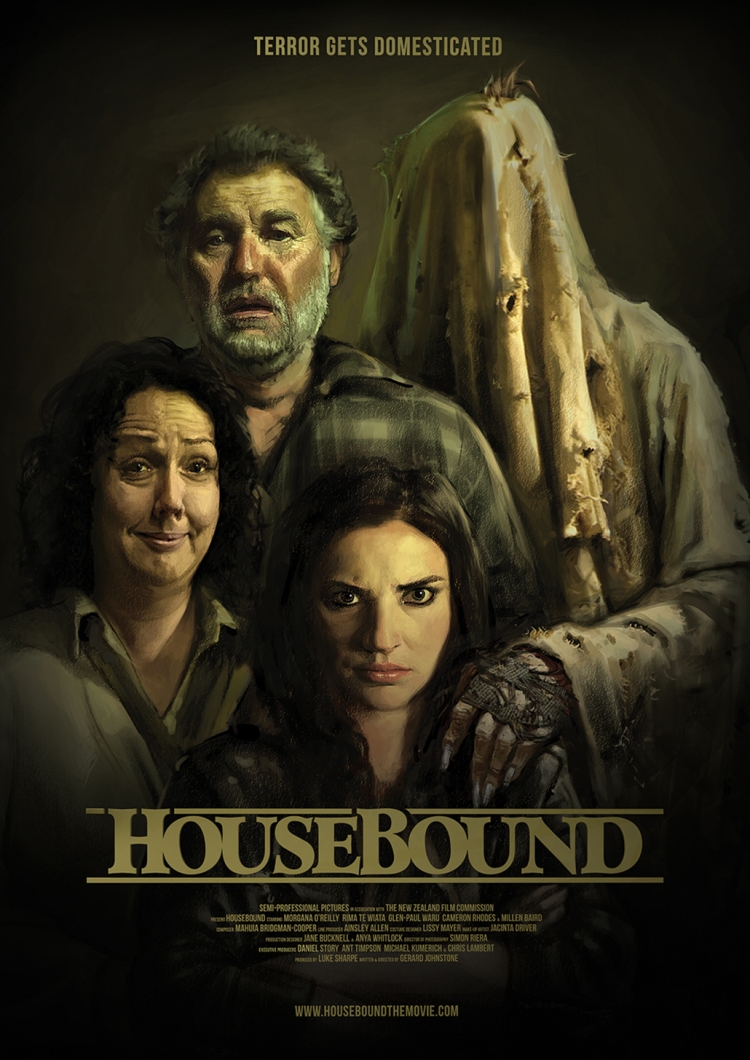 7 thoughts on “Terror gets domesticated in the trailer for Housebound”