Ben Wheatley’s Sightseers is gearing up for its release through IFC as the dark comedy will be hitting theaters and VOD next month. Wheatley stormed onto the horror scene with his twisted and violent  horror flick Kill List and has been working non-stop since then. The trailer for his next effort, Sightseers, is absolutely fantastic and shows exactly what we are in for — a dark and violent ride.

Chris (Steve Oram) wants to show Tina (Alice Lowe) his world and he wants to do it his way – on a journey through the British Isles in his beloved Abbey Oxford Caravan. Tina’s led a sheltered life and there are things that Chris needs her to see – the Crich Tramway Museum, the Ribblehead Viaduct, the Keswick Pencil Museum and the rolling countryside that accompanies these wonders in his life.

But it doesn’t take long for the dream to fade. Litterbugs, noisy teenagers and pre-booked caravan sites, not to mention Tina’s meddling mother, soon conspire to shatter Chris’s dreams and send him, and anyone who rubs him up the wrong way, over a very jagged edge…

Sightseers will be hitting theaters on May 10th just before going the VOD route on May 13th. 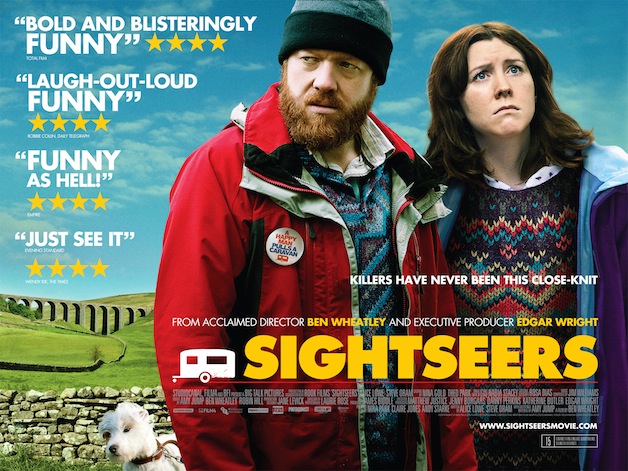