And that’s a wrap, folks! Another fantastic year of horror is in the books (My Top 15 Horror Movies of The Year), which means we’ve got an all-new year of genre greats to look forward to in 2016. To start things off we have some promising new indie films along with a couple of theatrical releases that could be great. But before we get started, here’s what I watched in December:

Aimy in a Cage (VOD)

A creative teenage girl is placed into a mind-altering procedure to civilise her, while news of a virus epidemic spreads throughout the world.

Faith’s world is turned upside down after she finds out that her beloved father is dying. When the mysteriously alluring Sissy Young becomes her field hockey coach, Faith finds a compassionate spirit and much-needed mother figure. Little does she know that Sissy is the head of a centuries-old witches’ coven that uses the fruit of an ancient cherry tree in a secret ritual that restores life to the dead and dying. Offering to cure her father in exchange for a child, Sissy strikes a bargain with Faith, who suddenly finds herself pregnant with a baby that’s growing at an alarming rate. But with the clock to the child’s birth ticking down and the true intention of Sissy’s plans for humanity becoming more apparent, Faith and her father must stand together in order to save both their lives. 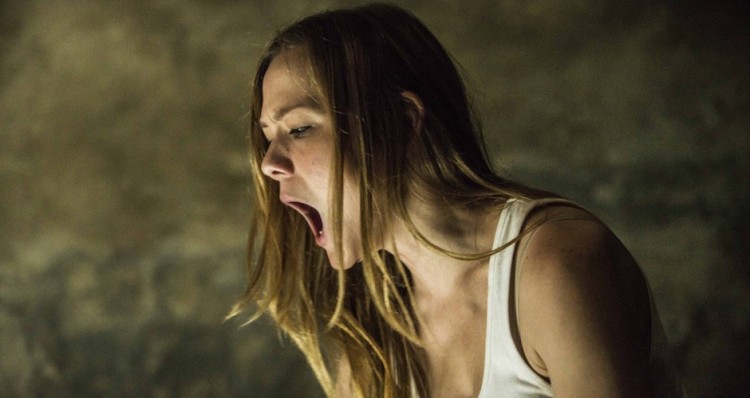 Take a terrifying plunge into the warped mind of a disturbed young woman. Desperate to get her life back on track, the unstable Streak takes a job as a security guard, working the graveyard shift at a once upscale, now abandoned apartment complex. But on her first night on duty, she discovers a horrifying presence lurking deep within the bowels of the decaying building. With her nerves already on edge, Streak must confront demons both real and imagined as she struggles to keep a grip on her sanity. 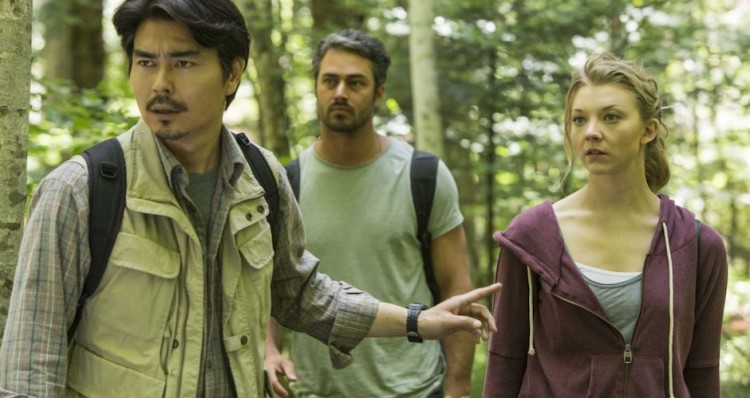 When her twin sister disappears in Japan, a young American named Sara becomes determined to find out what happened to her. Sara’s investigation leads her to the legendary Aokigahara Forest, located at the base of Mount Fuji. Accompanied by expatriate Aiden, she enters the mysterious wilderness after being warned to “stay on the path.” Her investigation plunges her into a dark world where the angry and tormented souls of the dead prey on those who dare to explore the forest. 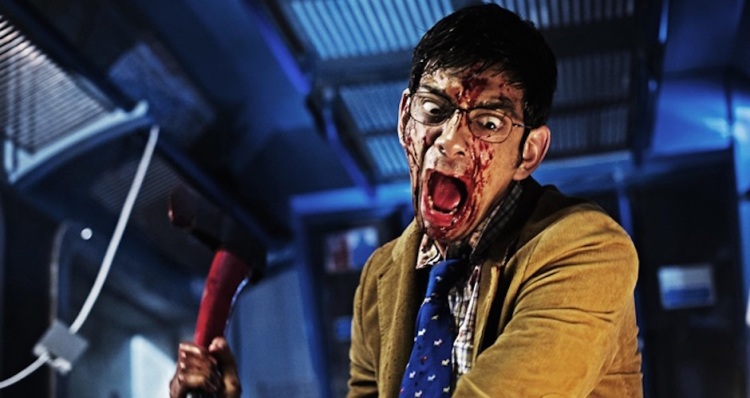 When passengers on a train are attacked by a creature, they must band together in order to survive until morning.

Anna suffers from agoraphobia so crippling that when a trio of criminals break into her house, she cannot bring herself to flee. But what the intruders don’t realize is that agoraphobia is not her only psychosis.

A woman and her childhood friend seek out revenge on those who victimized and abused them.

Synchronicity is a mind-bending ‘Sci-fi Noir’ about a physicist who invents a time machine, and the mysterious femme fatale trying to steal it. He must travel back in time to uncover the truth about the machine, the girl, and his own reality.

An American nanny is shocked that her new English family’s boy is actually a life-sized doll. After violating a list of strict rules, disturbing events make her believe that the doll is really alive.

There are a lot of solid looking films this month, but I’d say the two you should absolutely keep an eye on are Howl and The Boy.

This month has a great line-up, but if you only have time to catch a couple of these films and you’re looking for a surprise, they could be Intruders and The Forest.

This is a tough one. I wan’t to say The Boy but I know my theater won’t get it, so I’m going to have to go with Howl because I’ll actually be able to see it!

12 thoughts on “The Month in Horror Releases: January”