A24 continues to roll out some of the genre’s best and most interesting projects, this time spearheading the feature film debut of visionary fashion designers Kate and Laura Mulleavey. Woodshock is a hypnotic exploration of isolation, paranoia, and grief that exists in a dream-world all its own. Starring Kirsten Dunst, the first trailer is a hypnotic one, hinting at the film’s transcendent horror and it looks pretty solid—I’m kind of getting an Evolution and I Am The Pretty Thing That Lives in the House vibe; I just hope Woodshock mixes all the style of its first trailer with an interesting story.

Woodshock is out in theaters on September 15th.

Theresa, a haunted young woman spiraling in the wake of profound loss, torn between her fractured emotional state and the reality-altering effects of a potent cannabinoid drug. Immersive, spellbinding, and sublime, Woodshock transcends genre to become a singularly thrilling cinematic experience that marks the arrival of the Mulleavy siblings as a major new voice in film. 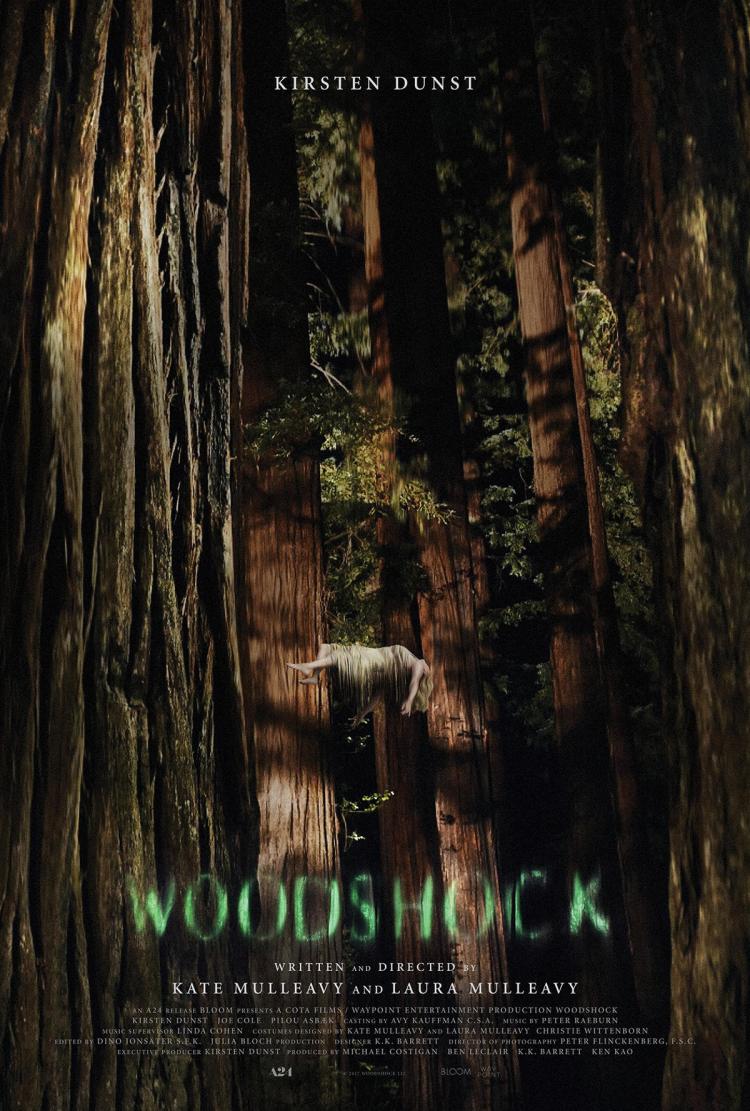