Not only did The Conjuring turn out to be just as good as the true story that inspired it (read that here), it went on to become one of the highest grossing horror films of all time, so it’s no surprise that a sequel has been in development ever since. The Conjuring created this perfect storm […] 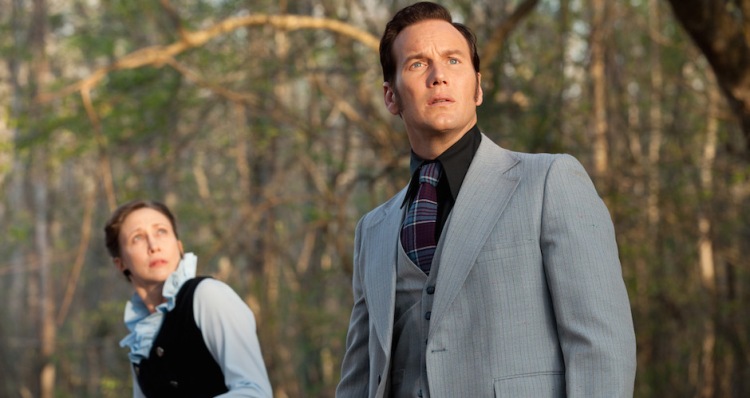 Back in October we learned that the mastermind behind one of the biggest horror movies of all time, James Wan’s The Conjuring, would be stepping back behind the camera for the sequel, which will see the return of both Vera Farmiga and Patrick Wilson as the ghost hunting tandem Ed and Lorraine Warren. Shortly after that […]

The true story of a doll harnessing a demonic spirit, waiting to possess a human soul. Annabelle hardly needs an introduction as we were first introduced to her in James Wan’s hit haunter, The Conjuring. Annabelle was such a terrifying force in Wan’s film that despite her lack of screen time, she still managed to […]

With James Wan’s The Conjuring recently surpassing $100 million at the box-office and currently on its way to becoming one of the highest grossing supernatural horror films of all time, it’s no surprise that New Line Cinema and Warner Bros. Pictures are fast-tracking a sequel. They want the sequel to be based on another case file […]

With James Wan’s The Conjuring haunting its way into theaters next week, a new featurette has come online which introduces us to the real Lorraine Warren, who is played by Vera Farmiga in the film. It’s truly a fascinating featurette so if you’re even remotely interested in the paranormal then you’ll definitely want to give […]