Geoff Redknap’s The Unseen is a refreshing, modern-day twist on the Invisible Man, exploring a man losing his family while simultaneously losing himself… literally. But Bob is not just going invisible (that would be too easy), he’s disappearing in the most gruesome and painful way possible—losing massive chunks of flesh, leaving the bone and organs exposed, and it’s only getting worse. In it, a man who abandoned his family now risks everything to find his missing daughter, including exposing the secret that he is becoming invisible.

This movie has such a fascinating concept (and it’s odd to me that more films haven’t explored it), because the idea of a person slowly disappearing from existence without being able to stop it is a haunting and poignant one. Imagine looking down at your hand and all that’s left are a couple of dissolving fingers—and that’s exactly what’s happening to Bob, who’s finding it harder and harder to hide his secret from those around him. It’s an intensely powerful story to build a character around, especially because Redknap tells it in such a heartbreaking framework.

One of the things that I really liked about The Unseen is that it covers its main character from head to toe in layers of clothing, shielding away just how bad his condition really is. And other than a few teasing shots that show the parts of his body that are vanishing, just how much of him is gone is largely a mystery. It lets your imagination run wild, which was a pretty cool way to approach the idea of an invisible man. Obviously its small budget probably had a lot to do with that, but I thought it was a clever work around and certainly one of its stronger elements—it makes the film’s fierce final act that much more shocking, too.

But what’s ultimately disappointing about this movie is that even though there’s a dude agonizingly going invisible, it instead centralizes the narrative on a family drama—it’s almost more about a father’s journey in reuniting with his daughter than it is about, you know, a fucking dude going INVISIBLE. That was strange to me because the real draw here is Bob and his body evaporating into thin air. I wanted to see more of that. To its credit though, the film does throw in a light backstory on Bob’s condition and how his father had it before him, but the problem was that it felt more like an afterthought when it should have been the main focus of the story.

The film does meander a bit, slowing down the narrative by squeezing too much story into such a short amount of time, so at times it does feel a bit unfocused—like it’s not sure which story it wants to tell. But other than my issues with that, The Unseen is undeniably original, a haunting exploration of a man finding himself through the love of his daughter, all in the midst of disappearing piece by piece.

The Unseen was reviewed out of the Fantasia Film Festival—find more coverage here. 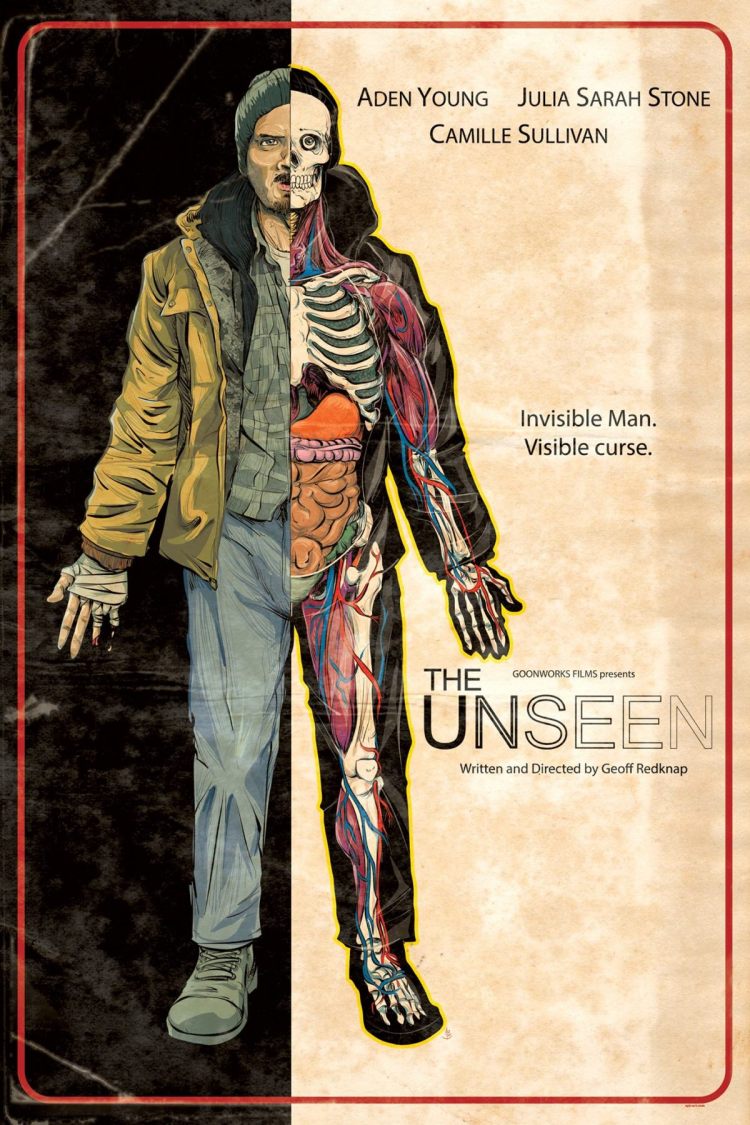 3 thoughts on “Fantasia Review: The Unseen, when life vanishes”