Ash’s evolution throughout the Evil Dead trilogy is as fascinating as it gets. It’s a journey that starts with him being forced to dismember all of his friends (and girlfriend) in a cabin in the woods and ends with him traveling through a time-eating wormhole and becoming a full-blown medieval action hero. The franchise covers a lot of ground, to say the least, and by the time it ended we were left with one of cinema’s greatest heroes—a King. Which is why this piece from Robert Sammelin, who tackles Army of Darkness, is so goddamn good.

What really stands out to me about this piece, other than Sammelin being freakishly talented, is how it captures the whimsically insane spirit of the movie in just a single image—parking Ash’s Oldsmobile in the middle of all that mayhem was a brilliant touch. Too good. 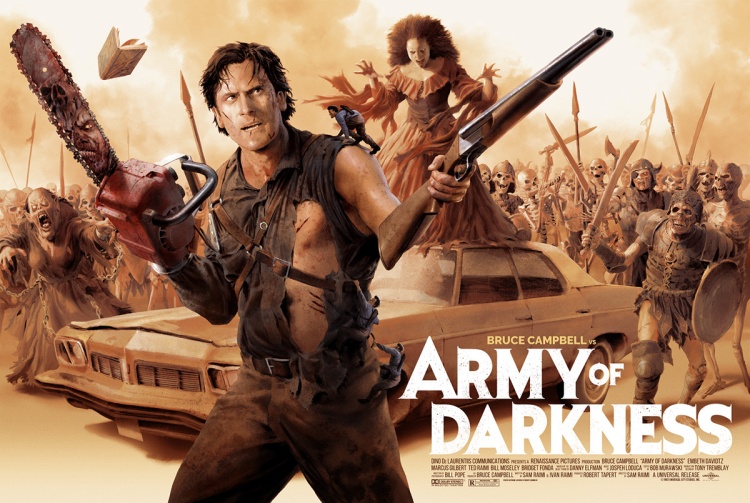 2 thoughts on “Art: Army of Darkness by Robert Sammelin”