How far would you go to be a star?

The psychologically twisted occult horror tale Starry Eyes is less than a month away from its release, where we’ll finally be able see for ourselves what all the hype is about. Directing duo Kevin Kolsch and Dennis Widmyer have already made a huge splash in the genre and their film hasn’t even been released yet. That should tell you something about the impact Starry Eyes has had during its festival run.

The trailer is great, playing a lot like how I would expect the film to as it starts off slowly building towards the inevitable downfall of a beautiful young actress as she descends into the madness of Hollywood hell. It’s a truly haunting trailer that only further proves that Starry Eyes has earned its rightful spot on the list of must-see horror films of the year.

Alexandra Essoe takes the lead in this one as a young woman living in Hollywood who makes a dark, transformative decision. The film hits select theaters and VOD on November 14th from Dark Sky Films.

Determined to make it as an actress in Hollywood, Sarah Walker spends her days working a dead-end job, enduring petty friendships and going on countless casting calls in hopes of catching her big break. After a series of strange auditions, Sarah lands the leading role in a new film from a mysterious production company. But with this opportunity comes bizarre ramifications that will transform her both mentally and physically into something beautiful… and altogether terrifying. 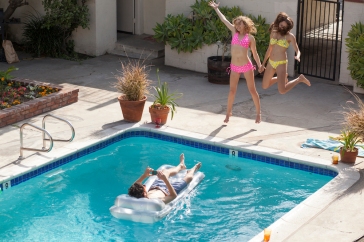