Horror doesn’t get much better than The Exorcist—it changed the very landscape of the genre, and in December of 1973 it shook the entire world of cinema. At the time of its release it wasn’t just one of the scariest movies ever made, it WAS the scariest movie ever made. No one had ever seen anything like it—it was at a time before possessions and exorcisms became a standard horror trope—so it’s understandable that audiences lost their damn minds when they saw young Regan’s head spinning or that horrifying scene with a crucifix. William Friedkin’s masterpiece had such an impact on the genre, and film in general, that modern audiences will likely never experience the same shock that fell on them over 40 years ago.

This is a film that’s often cited as one of the scariest ever made, so how do you portray that same terror in a single image? Artist Sam Wolfe Connelly has done exactly that, brilliantly capturing the same level of shit-your-pants horror that the film so famously evoked. The way the rosary draws your eyes to Regan’s twisted smile is the stuff of nightmares—and when you turn out the lights, that same smile glows back at you in the dark. Nope. All the nopes. This was a privately commissioned print, so congrats to all of those involved on a wonderful and terrifying piece by the immensely talented Sam Wolfe Connelly. 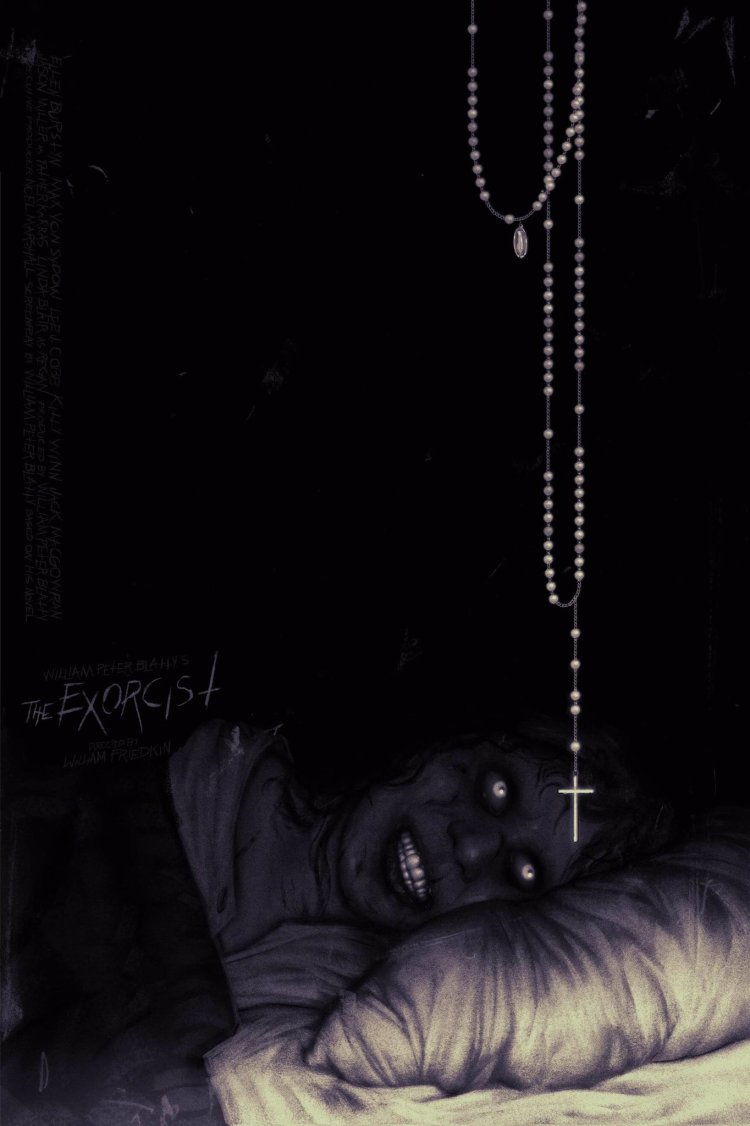 7 thoughts on “Art: The Exorcist by Sam Wolfe Connelly”