Poor Carrie White, she just wanted to be like everyone else. Sometimes it’s okay to be a little different though, something the film struggles with from the get-go. Kimberly Peirce’s take on Stephen King’s classic novel of the same name tries much to hard to please the wrong audience and ends up being a missed […]

This is pretty much the best possible news we could have gotten from Kimberly Peirce’s upcoming take on Carrie. A rating is everything in a horror film because it determines a lot of what we’ll actually see on screen. With a film like Carrie, you absolutely need to see everything because seeing Carrie’s wrath is […]

This week’s EW issue is a special Comic-Con edition, and on the cover is none other than Chloe Grace Moretz as Carrie and she’s covered in a lot of red stuff we dig so much around these parts! Kimberly Peirce’s take on Carrie is said to be a more faithful adaptation of Stephen King’s classic novel which […]

While we still have a pretty lengthy wait until we see Carrie hit the silver screen in October, we at least have some new stills to hold us over until then. I’ve been following Carrie since the first rumors of Chloe Moretz taking the lead as Carrie White and for those of you who have […]

Finally some pics have arrived for the upcoming remake of Carrie starring Chloe Moretz as Carrie White. Entertainment Weekly got their hands on a couple of the very first images of the film and they are absolutely fantastic. If you are even remotely familiar with the classic Stephen King tale then you’ll recognize that the […] 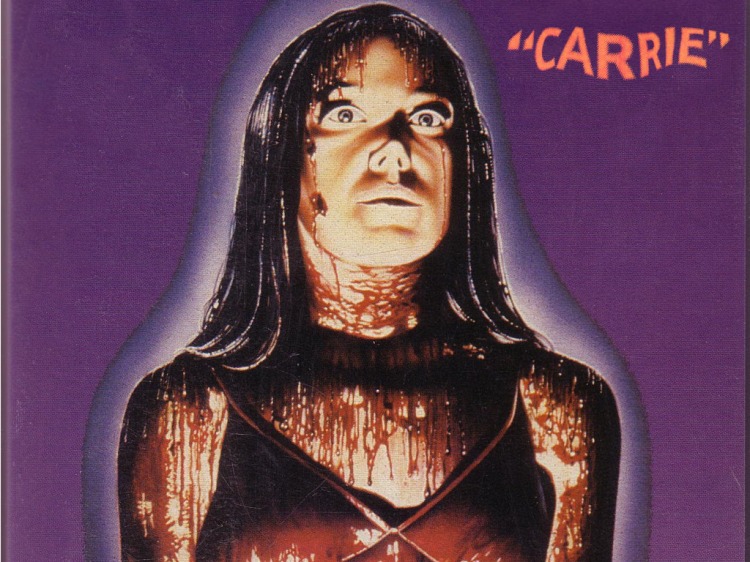 The Sony Gems remake of Carrie is currently filming in Toronto with Kimberly Peirce helming the project. While none of these are “official” images they still show a great behind-the-scenes look at one of the biggest horror films of 2013. The cast and crew have been sharing some of these images through different social avenues […]