On tap for you guys today is a couple of very cool new posters for the highly praised dark comedy Cheap Thrills, from director E.L. Katz. I haven’t had much of an opportunity to spread the word on this one, but now that it has been given a release date as well as some new art, I thought I would clue you folks in on one of the most talked about films to hit the festival circuit last year. Below you will not only find the new posters, but a trailer for the flick as well and it looks like a ridiculously good time. What a concept this one has! See what you think below!

Cheap Thrills follows Craig, a struggling family man who loses his low-wage job and is threatened with eviction. In an effort to delay facing the music at home, he heads to a local bar and encounters an old friend. The two friends are roped into a round of drinks by a charismatic and obscenely wealthy stranger along with his mysterious wife. The couple engages the two friends in a series of innocent dares in exchange for money over the course of the evening, with each challenge upping the ante in both reward and boundaries. It seems like easy and much needed money, but the couple’s twisted sense of humor pushes just how far Craig and his friend are willing to go for money and cheap thrills 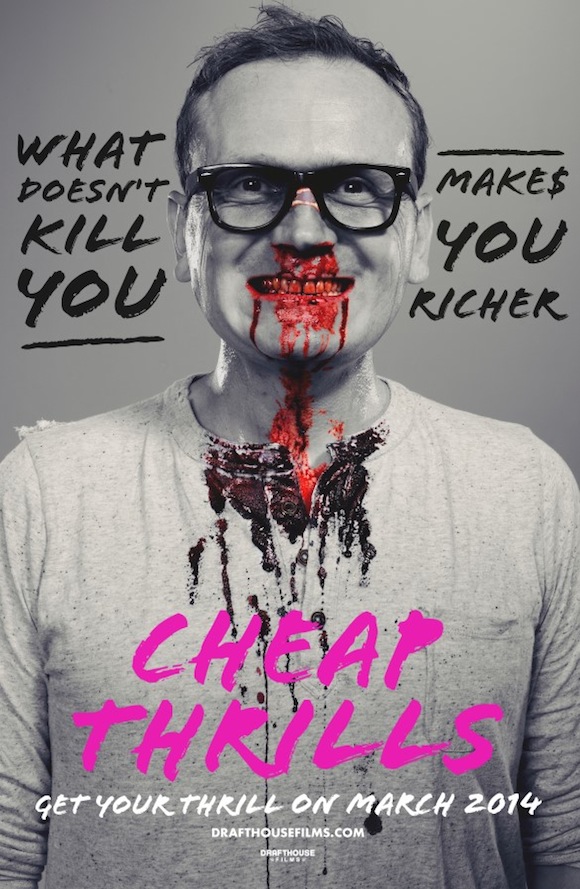