Making his novel debut with Darker Shadows Lie Below, Al Barrera weaves a tense, skin-crawling tale of a man losing his grip on sanity as an unknown evil forces its way into his life. It’s a striking debut that that leaves no room for comfort as it follows Dr. Benjamin Kent, who lands a job at a prestigious mental health facility—the Home. Things are not what they seem, however, as the line between reality and fantasy begins to blur, forcing Ben to question his family’s safety–and his own sanity.

The first few pages of Barrera’s novel set the stage as we’re introduced to Ben and Julia, a charming couple with a baby on the way. Their innocent happiness and love for one another is apparent from page one, creating a couple of people you can’t help but give a shit about. That’s certainly not an easy thing to achieve so early on, but it’s amazing what a few lines of dialog can accomplish. Regardless, though, a story only goes as far as its characters take it, and Ben and Julia happen to go to a very dark and unforgettably creepy place.

Much like its characters, you’ll find no settling in here or any true sense of comfort. And that’s the great thing about Darker Shadows Lie Below, is that there’s always a feeling of evil waiting around each page. Allowing his atmosphere to do all the talking, Barrera never once hits you over the head with too much too soon. Meaning, he’s always a step ahead, letting the reader catch up to the terrible things he has hiding in the shadows. And trust me, once Ben steps inside the Home for the first time, those shadows are something you’re going to remember… and fear.

Very much of the slow-burn variety, the novel sticks to a winning formula as Barrera tugs on the stings of your sanity while rooting his terrifying tale within the walls of a mental health facility. Without getting too much into the clockwork that makes this one tick, there are times in Barrera’s novel that left me on edge as his attention to detail and knack for hitting all the right horrific notes paint a pitch black tale of a man’s life spiraling out of control. Is Ben really going crazy? Or is there something sinister at work, waiting in the darkness until you least expect it? I’ll let you guys find that one out on your own.

While Darker Shadows Lie Below may not reinvent the wheel, it spins in such a way that will linger in the back of your mind well after you’ve finished the last page. Barrera creates a world where no one can be trusted, not even Ben, the poor soul who never gets a moment to rest. So even though the novel walks a familiar path, where it’s headed is truly terrifying, with a gut-punch of a finale that will leave you breathless. It’s an impressive debut that I have a feeling is only a stepping stone to much bigger, scarier things.

You can pick up a copy of Darker Shadows Lie Below right here. Enjoy the nightmares, folks. 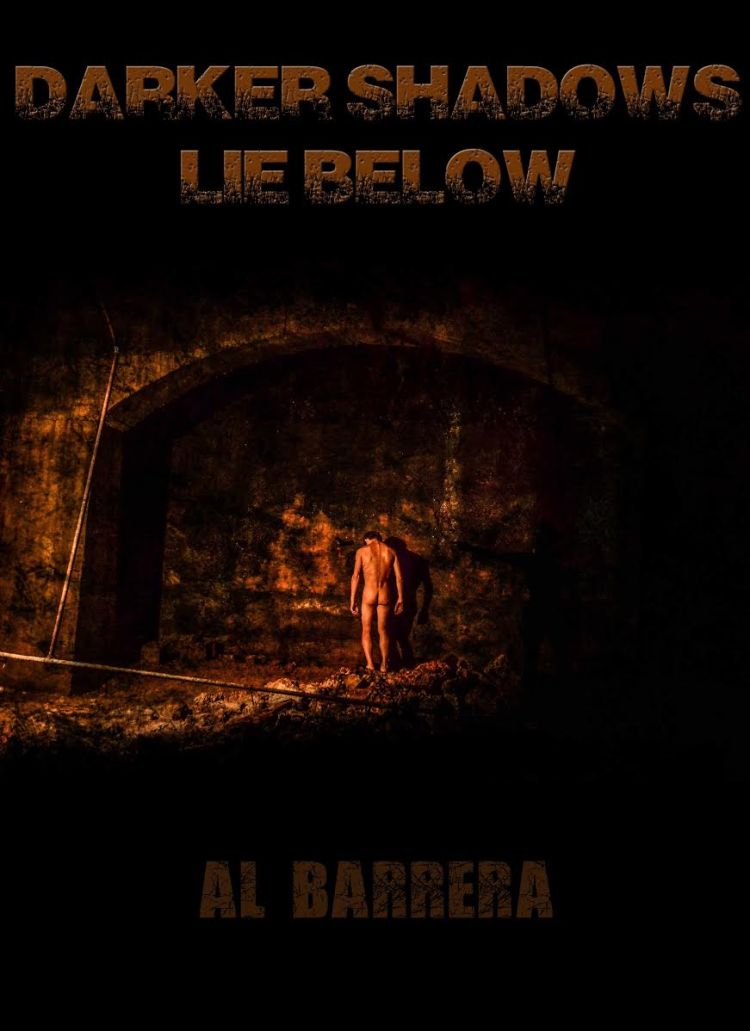