Formerly known as Shut In, Adam Schindler’s newly titled Intruders has debuted its trailer, offering our first good look at the not-so-typical home invasion thriller starring Beth Riesgraf. While it’s not like the whole home invasion thing is entirely original—the sub genre has been going strong for years now—it’s when filmmakers take a familiar concept and twist it into something new and exciting that keep us coming back for more. And you’ll quickly find out in this trailer that’s exactly what Schindler has done with Intruders.

After three criminals, including fan favorite Martin Starr, break into a supposedly empty house, they find themselves in a deadly game of cat and mouse with the occupant, a shy young woman with a few nasty tricks of her own to play on the invaders. 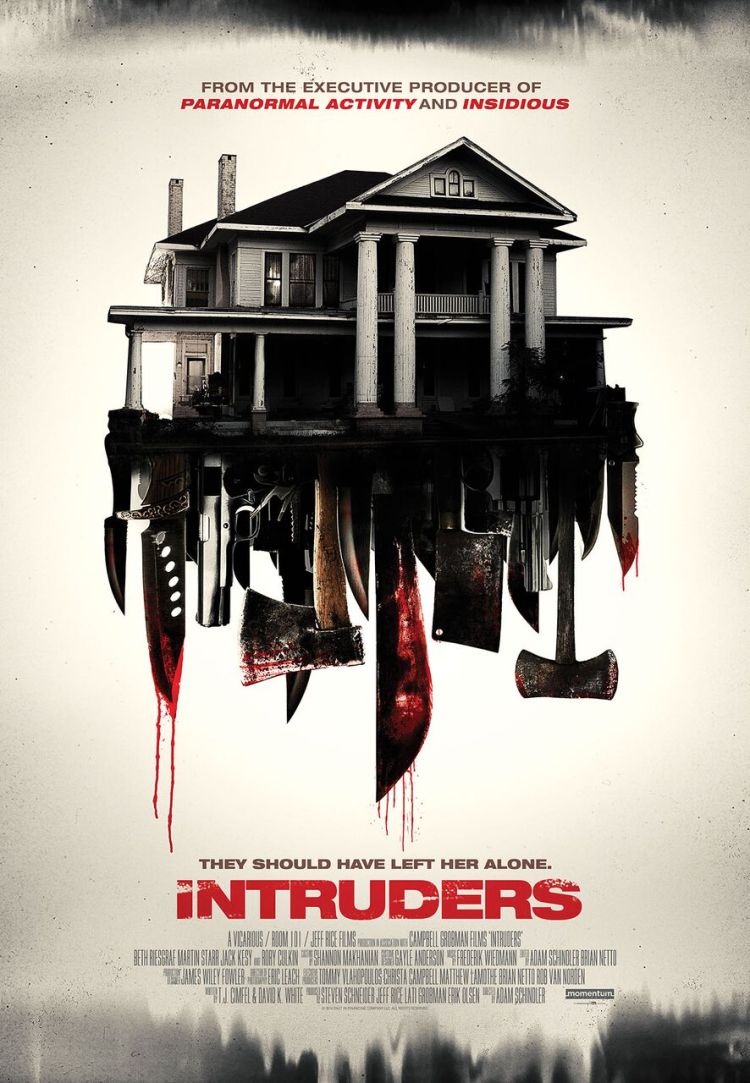