Throw a half-eaten corpse and you’ll hit someone who has seen—or at the very least, heard of—George A. Romero’s genre-defining indie Night of the Living Dead. It’s just one of those films. You know, the kind of movie that will forever be cemented as one of the greats, a stone-cold horror classic. So much of the movie world is influenced by Romero’s undead masterpiece—it created an entire genre after all—so it’s not surprising to see that same clout bleed into the work of artists like Elvisdead.

This take on Night of the Living Dead is, for my money, as good as it gets. It’s everything that makes this movie so great captured in a single, terrifying art piece. That enveloping darkness closing in on Barbara as a swarm of cold, dead arms pull her in is perfection. Love this one. 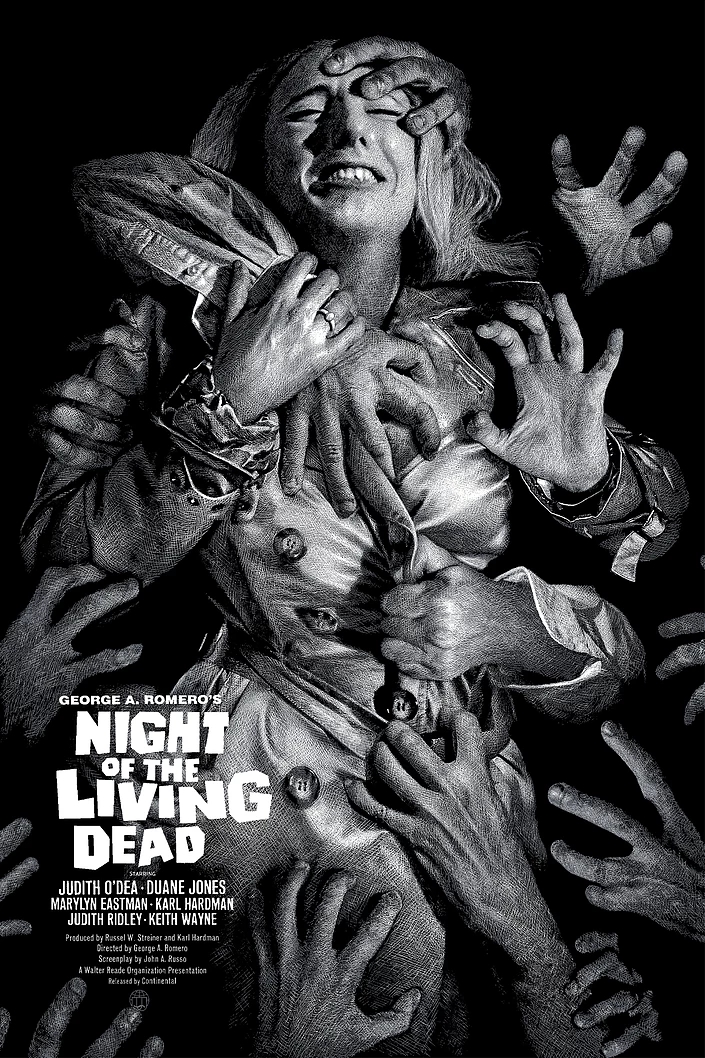 One thought on “Art: Night of the Living Dead by Elvisdead”